Lauren Carolyn Gorgo.  Born on the 4th of July. Adopted my own declaration of independence thru the sheer determination to pave my own path.

A prototypical overzealous & strong-willed indigo(esque) who doesn’t quite understand labels, etiquette, impossibility or aging. Saddened by human unconsciousness, inspired by human kindness, overwhelmed with both the beauty & tragedy of our world, and committed to pioneering change.

Since 2007-ish, I have loosely defined myself as an  intuitive, healer, interdimensional telepath, cosmic correspondent, writer & onlinepreneur.  Post 2012, I don’t really know what any of that means anymore.

I do know that I love mayo on my fries and peonies in my garden.  I like to create by my own rules, set my own hours, say no when I need to, yes when I want to and work all day in my pajamas.  I go gonzo for bluegrass and would do nearly anything to make a cat like me.

My personal awakening was initiated during the infamous August eclipse of 1999…the opening of the Galactic Underworld according to the Mayan Calendar which amounted to a spontaneous kundalini activation that led to two decades of soul reclamation thru shadow integration via the long dark night.

That intense activation was the onset of my initiation into discipleship and ultimately into mastership…what amounted to 21 incredibly challenging but liberating years of defragmentation…of merging my humanity & divinity by LOVEing myself back together again.

In 2005 I met my galactic-level Self for the first time which facilitated an opening to my pre-incarnation memory of a guiding role in this life for the planetary ascension. This site and all my work following that year is the result of that meeting.

In 2007 I deepened in my understanding of said role while simultaneously undergoing a complete & radical transformation into the real me…the bigger me…the me that I always and never knew I was.

My Manifesto?  BE the FORCE!

The Trinity Gateway
Tips for Transposition 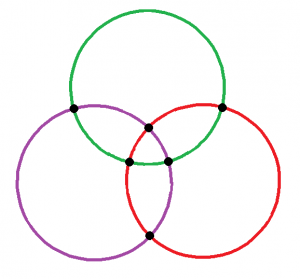